WHERE THE SCIENCE OF EMOTIONS MEETS ARTISTIC EXPRESSION
The following photo is an excerpt from Acting Face to Face. Take a look at the photos below. Do you see a hint of distaste, fear, contempt, disgust, awe, or pleasure on any of their faces?  Who would you say is feeling or thinking and who is neutral?

Answer: None of these actors claimed to be feeling anything particular at the time. They were just being neutral in a listening state.

Some faces talk a little bit, some talk a lot. Some faces just don’t shut up. Knowing what your face is already communicating to others – without consciously adding a thing – is critical to your on-camera success. What is your face saying?

If you look at Jordan, the actor on the far left, you may notice that he looks challenging and aggressive. This is because of his jutting jaw and arched brows. The jutting jaw is in the anger family. The arched brow is more of an emblem of questioning.

Sabrina, the actor next to Jordan, looks fearful. This is because of the slight tension in her lower eyelids and the slight widening of her eyes. Both muscle groups are in the fear family.

JT, to the right of Sabrina, looks a bit bewildered because of the slight parting of his lips, his jaw dropping, and his upper eyelids being raised. Those muscle groups are in the surprise family.

Tamara, on the far right, looks disinterested, bored, or judgmental. This is the result of her raised brows – an emblem for questioning or doubt – and the appearance of the clamped corner of her mouth, which looks like contempt.

I would like to draw a distinction between someone’s static look and default look.  Your static look is the result of bone structure – how your eyes are set in your head or how the face has been reformed after a long period of experiencing an emotion. Your default look, on the other hand, is the look you have when you want to feel comfortable or safe. It’s your ‘go to’ expression. More than likely it’s the look you bring in to your audition with you.

Facial movements and emotional expressions are like the words you speak. If used arbitrarily, expressed out of context, or delivered with the wrong expression, you run the risk of being seen as untruthful, dishonest, too busy, or even worse...a face actor!
With shows such as “Lie to Me” and the breakout film “Inside Out,” awareness of what emotions feel and look like on the face is reaching the masses, and proving to be a must-know for all on-camera actors.

Here’s the first thing you need to know about emotions: Based on the latest scientific research, people anywhere on the planet will recognize surprise, fear, anger, disgust, contempt, happiness, and sadness. They’re considered universal because we’re all hardwired to express each one of these emotions with the same specific facial muscle groups or muscle patterns. For example... (Read Full Article)

Click on the photo you want to learn more about. 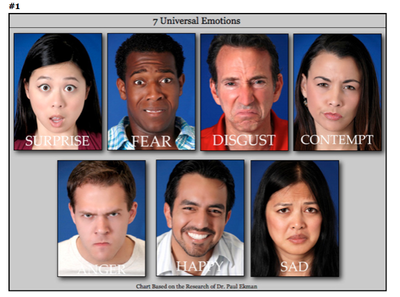 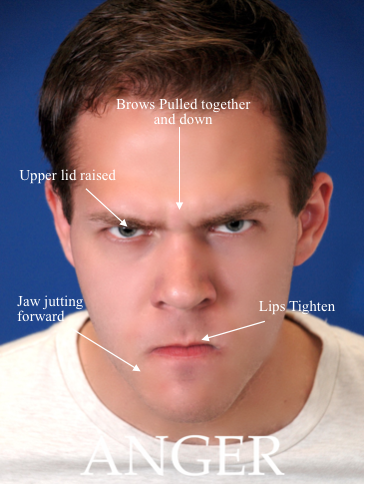 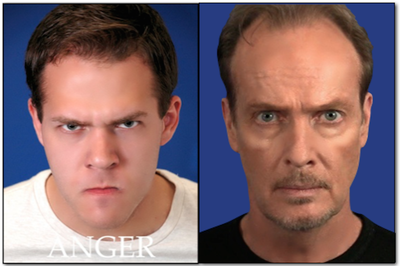 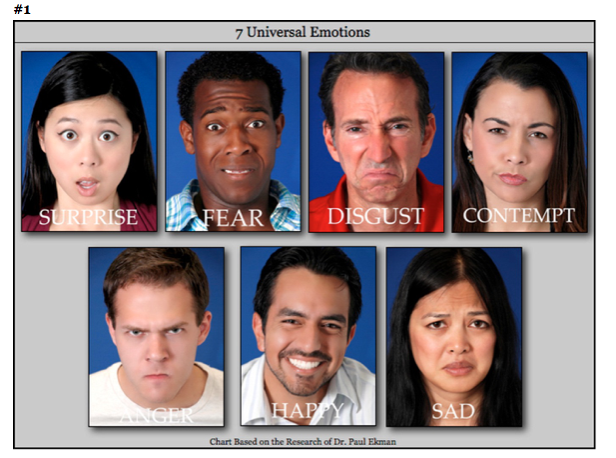 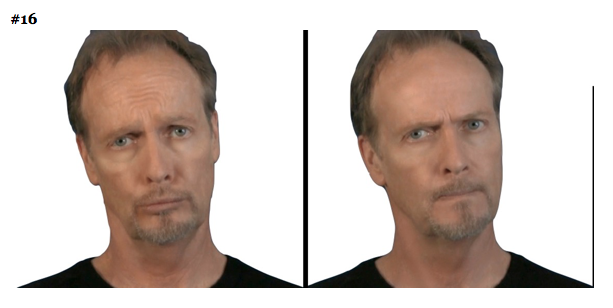